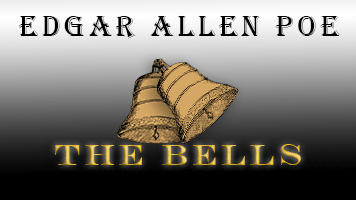 The first project in Dig 120 was an audio tale. For this assignment, each student picked a poem, a children's book, or a section from a literary work. The objective is to record the dialog, add sound effects, background music, and ambiance. For my piece, I chose Edgar Allen Poe's "The Bells." I decided on Poe's work because I knew he was on the dark side. A brief scan through his catalog, and I found "The Bells." My interpretation of the poem is that the bells rang in four different types of emotional states, content-fullness, happiness, frightfulness, dreadfulness. Using these Ideas, I design sounds around each part. 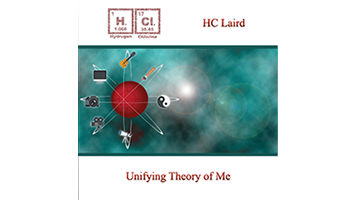 Unifying Theory of Me: Away From Home

Away from Home is the third track that will eventually go on to my EP “Unifying Theory of Me.” for this track, I started with a chord progression that I stumbled across while noodling one practice session. I tried out different strumming patterns. After I was happy, I then recorded it into one of my loopers and started soloing over the top. Once I had a good foundation, I moved to my DAW. I started with a drummer plugin and sequenced out the drums. Next, I added the rhythm Guitar and bass. I knew I wanted a piano part, but I didn’t want the sequence it as I did in other songs. Using music theory, I wrote and rudimentary piano part. I lay no claims to being a piano player; I took the piece and practiced until I felt I could record it. Once I recorded all parts, I mixed and mastered them.

Unifying Theory of Me: Shoulders of Giants

Shoulders of Giants is the second track that will eventually go on to my EP “Unifying Theory of Me.” I was inspired by a famous funk song when I wrote this riff. The tonally the riff themself have nothing in common. However, the song structure does. The song consists of a riff parts for the verse and a riff for the chorus. They are held together by a bridge. The riff I came to one night while practicing. The second riff I developed to complement the first. At the time of writing, I was still taking music lessons, and my teacher at the time helped me write the bridge. From there, I put everything into my DAW. For this track, I used a canned drum beat that came with my software. Much later, I added the horns and organ; these were sequenced with my computer not played by me.

Unifying Theory of Me: Super Moon

Super Moon is the first track that will eventually go on to my EP “Unifying Theory of Me.” The chord progression for this song came to me the night of a super moon in 2011. This song was my first attempt at creating a song in a DAW. I sequenced the drums on a free app called Hydrogen. First, I imported the drum track from Hydrogen. I recorded the rhythm and bass tracks. Finally, I added the solo. I revisited this song a few times as I improved my gear, eventually adding some strings and piano that I sequenced using plug-ins.